Home » Blog » Networking » Can you hack networking? Actually, you can. Here’s how.
FeaturedNetworkingProduct development

Can you hack networking? Actually, you can. Here’s how.

At 23, I created my first startup. But to take my business to the next level in NYC, I needed connections. Lots of them. Turns out, there is in fact a lifehack to fruitful networking – and I’ve created an app for you to take your career, business or personal life to the next level. Here’s how.

Hi! It’s Yakov, the CEO of Intch. I’m a serial entrepreneur: I started my first company, a software tool for large enterprises, at the age of 23. My partner and I quickly landed our first big clients (the likes of Papa John’s and many more) and we decided to take things to the next level. I got my O1 visa and we moved to New York.

When we landed on the other side of the ocean, we quickly realized that newcomers face a ton of routine problems, such as renting an apartment without a social security number or opening a bank account. These small things were really getting in the way of our business plans at the time when we needed to show traction. Besides, looking for new clients and employees in a completely unfamiliar environment, where we both had 40-50 connections at best was a challenge. If we’d been back home, these problems would have been easily solved through people that we know. At the time we just didn’t have enough useful connections in NYC. So, we turned to our investors.

And they didn’t disappoint. They were able to solve the most “impossible” issues over a 30-minute phone call. It seemed like they were working magic, as we started to see reference letters for landlords, seeing new promising candidates applying to work for us, and we were so excited! After a while I realized that there was no magic to it – it was all networking. After 10+ years in the startup field, our investors had created such a broad network of contacts, that virtually any problem could be solved in a matter of days. I decided to dig deeper and asked them how they managed to accumulate this priceless social capital.

The answers that I got fascinated me. It turns out that no matter the level, the mechanism of creating meaningful connections is always the same: help someone and they will remember you. Our investors told me that if we wanted to establish strong business connections, we should first and foremost help the other party prosper. They said it worked with investments, at work, and in personal life. And after seeing this framework in action, I quickly realized: other people also need to know about this. I came up with an idea, but first I started investigating how people use networking to their advantage (and if they use it at all).

I interviewed over 300 professionals in my network to understand their view and position on networking. And of those 300, I would say I heard about 50 different definitions for networking to begin with. Some of my respondents believed that networking was being active on social media. Others – that it’s about small talk at conferences and “elevator pitches” in hallways. The answers differed drastically, but I noticed something important. People with the broadest networks of contacts viewed networking similarly. They thought that networking was about building social capital. And social capital (according to them) could be measured by the number of people that one can turn to for help, multiplied by their capabilities. There it is again, help!

A framework for magic

I realized that the framework of creating long lasting, meaningful connections with others through mutual help was viable – and that’s how I came up with Intch. Intch is an app that connects people based on their expertise and ability to help each other. Every day an AI algorithm selects 5 people, who might benefit from your skills. In case you decide to help, you start to build your social capital within the network. And if you ever need help – just post your request and wait for the right person to help you out.

That’s how my own relocation to NYC helped me learn about networking and pushed me to investigate its framework. As a result, Intch came to life. So today, if you ever need to ask anything directly of me – just hop on Intch and I’ll be happy to help! 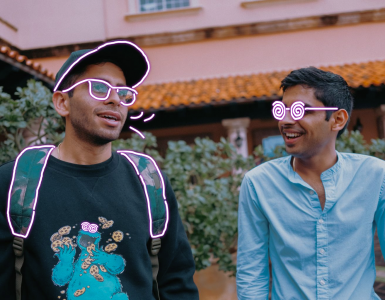 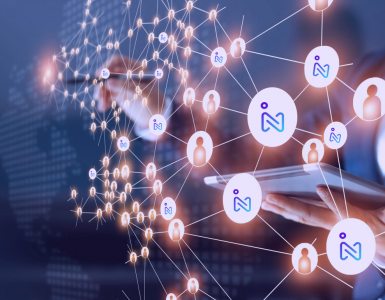